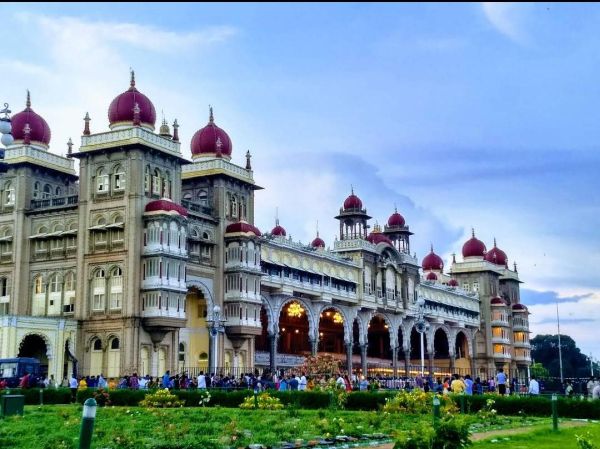 Mysore is Ready to Host You For This Summer

The geographical diversification of India is the preeminent attraction for globetrotters. While the climate in some parts of the country can be fairly extreme in summers, others can prove to be a heaven for nature lovers. Mysore is one of those destinations that should not be skipped by travel enthusiasts while touring the country in the summer period. Likewise, it is also a great weekend getaway choice for people reaching from nearby cities.

To beat the heat, you can hire summer special tour packages for Mysore on foxtravels. In case you are organizing your vacations on extended weekends, many Mysore summer exclusive holiday packages consist of nearby attractions as well in the journey.

Mysore is recognized for its regal elegance and is dotted with incredible palaces and gardens. This princely state absolutely deserves to be at the top of your bucket list. There are minimum variations in the climate around the year. The best time to tour Mysore is between July and March.

Mysore is a city of palaces and fascinating beauty, amidst a restless lifestyle of the city that is increasing to become serious. Elegance in all its grandness, a marvelous architecture stretched around acres lay in the middle of the city, a few kilometers from the central bus stand. While entering the premises, which encircle a temple and fascinating tiger statues in the greenery, boost the glamour and rich tradition of the place.

The architecture of the palace is very distinct and a piece of art that displays the local heritage of the Mysore dynasty. The giant pillars and ceilings chiseled with carvings of flowers, the panoramic beauty of the bedrooms, and courtrooms bring us to a different era. A guide may be preferred for who talks about the ruling of the state to the current day where the king stills live his story and crown the prince all generation.

The Palace of Mysore is placed in the city of Mysore in southern India. It is the formal residence of the Wodeyars – the former royal family of Mysore and also houses two durbar halls (stately meeting hall of the royal court).

Mysore is generally described as the City of Palaces; however, the term “Mysore Palace” especially points out to one within the old fort. The Wodeyar kings first raised a palace in Mysore in the 14th century. It was dismantled and constructed multiple times. The current palace structure was commissioned in 1897, and it was finished in 1912 and extended later around 1940.

Mysore palace is presently one of the most remarkable tourist attractions in India after the Taj Mahal, with higher than 2.7 million visitors. Although tourists are granted to visit the palace, they are not authorized to take photographs inside the palace. The price of entrance for foreign tourists is 200 INR and for Indians 20 INR. All visitors must remove their footwear to get into the palace.

Fox Travels generally offer different Mysore to Coorg cab packages, Mysore one day trip, car rentals in Mysore, etc. We will also provide customizations in our services as per the demands of our clients, like in which place you want more time to explore, which spot you want to eat, etc.

We hand over you exceptionally astonishing taxi services in Mysore along with splendid amenities for travel in Mysore. All our transit services have a convenient seating arrangement, music player amenities to keep the trip electrifying and astonishing throughout, first aid, and iceboxes in case of any emergency.

If you are preparing to visit Mysore only for a single day, you don’t have to bother. Fox Travels is there to aid you with our Mysore one day trip. We are giving one-day packages to visit all the relevant and well-known places in Mysore. The tour starts from Mysore by cab with a driver at 8:00 AM and ends at 8:30 PM.

The taxi service we provide in Mysore gives you the most significant scope of personalization and resilience. When you hire us, we endeavor to offer you the travel experience that meets your demands. Our preeminent concern is to provide you the outstanding travel experience in Mysore every time and again.