Dussehra is one of the most celebrated festivals of India. It’s a symbol of many things, the victory of good over evil being the most prominent one. And if you are one of those people who’d like to venture outside the comforts of your home and see a different kind of Dussehra – well, we have just the right place and opportunity for you – Mysore Dasara.

The small, majestic and extremely beautiful city of Mysore celebrates an interesting flavor of Dusshera every year. Called the Mysore Dasara, the 9 days of Navratri and Dusshera are host to a variety of events to engage one and all. Events that celebrate different themes, people and emotions.

People from all over the world (no kidding) visit the city of Mysore in the course of these 9 days to experience the Mysore Dasara.

So, what all events are a part of the Mysore Dasara festival?

Mysore Dasara celebrates the different aspects of the human life and experiences. Over the course of the 9 days leading to Dussehra, all the following flavors or interpretations of Dasara are observed each day: 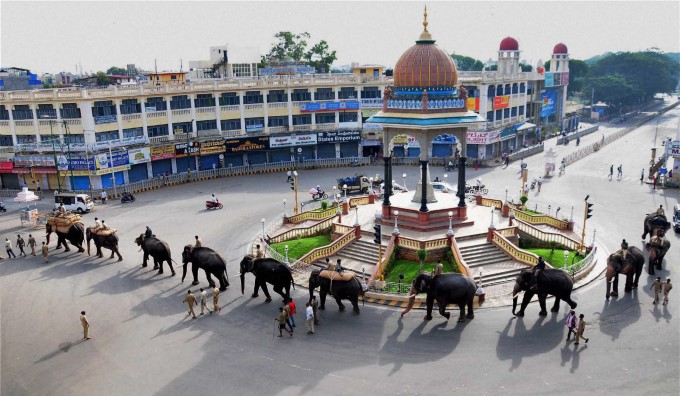 Rural Dasara: This aspect of Dasara celebrates the rural life and the people who represent it. To extend their support to the rural members of the community, the government provides funding for temple decoration in the villages. Also, the government provides a subsidy to the bullock cart owners and operators for transporting the festival visitors from the village to the city, and back.

Yuva Dasara: This flavor of Mysore Dasara is dedicated entirely to the youth of the community. As a part of this, singers and actors gather from around the nation to perform in acts and musical concerts. The entire vibe is vibrant and full of enthusiasm.

Children’s Dasara: Between all the fun and engagement, the children are not forgotten. As a part of this, children are provided the platform to participate in competitions and events around painting, fancy dress, dancing, and a host of other activities. This is where the youngest members of the community are celebrated.

Farmer’s Dasara: Farmer’s Dasara is about acknowledging and paying tribute to the farmer community that feeds the nation. As a part of this, farmers along with their bullock carts participate in a procession. This is followed by functions that shed more light on the themes of agriculture, cattle, sheep breeding, and horticulture.

Women’s Dasara: Dedicated to the ladies, this Dasara aspect revolves solely around them. This includes events such as rangoli decoration competition, costume designing, and fashion show. Also, with the intent of imparting education, sessions on pregnancy, personal hygiene and women welfare tips are conducted.

Food Mela: With so many activities going on, it’s important to not forget food. With the idea of curating the tastes of Indian traditional food, stalls are put up that provide delicious meals and dishes. The spectrum in terms of cuisines is wide and covers the whole of India. No matter who you are – there’s something for everything.

Yoga Dasara: With the festivities and food in order, taking care of the body is a must. With this intent, Yoga Dasara is organized. In course of this, different yoga teachers take the stage and impart education on practising yoga.

Dasara sports – For people who are more in the ring of sports, the Dasara sports events do a brilliant job of bringing together great talent. Teams from different districts are selected for this event and go head to head in competitions such as Kabaddi and Kushti. It really brings back the old memories of growing up in communities that identified with and admired these sports.

Kavighoshti – In the simplest words, this is a Kavi-Sammelan or a poets’ meet. This is the cultural outlet of the Mysore Dasara and comprises of extraordinary performances in terms of drama and poetry. This forms the part of the Mysore Dasara that people of certain tastes admire and follow passionately – literature and arts.

Flower Show: The magic of flowers come alive at the Kupanna Park in Mysore. Grown with love and care over a period of 6 months, this place is a visual treat for people in the nine days of Navratri. It’s when you stand there and slowly appreciate the beauty of the scene that you begin to admire and understand the efforts that go into putting this show together.

Mysore Palace illumination – The Mysore Maharaja Palace receives special love on the account of Mysore Dasara. Over 10,000 bulbs are installed. Once the switch is flicked on, they light up the scene at the night time, making the Palace a sight that one can hardly take their eyes off.

Dasara Exhibition: This part of Mysore Dasara comprises of educational and recreational exhibitions. Game and food stalls are put up to keep the people satisfied and engaged, while the science stalls aim to educate people. Also, for those who love art, several statues from Bijapur are decorated and displayed here.

After 9 days of continuous celebration, it’s finally time to celebrate Dusshera. On the occasion of Mysore Dasara, two special events are organized:

Mysore Dasara Torchlight Parade: This is one of the most admirable versions of the showmanship displayed by the members of the Mysore Policemen. The rehearsal for this happens right up till the final day. Equipped with enthusiasm and skill, the policemen put their courage to test and perform stunts most of us have only seen on the television.

The venue for this event is the Banimantap and it happens after the members of the royal family perform the pooja of Chamundeshwari Mata on Dussehra.

Mysore Dasara Procession (Jumboo Savari): This is the highlight of the entire 9 days of the festival. A finale in its own right, the Jumboo Savari comprises of elephants taking the Chamundeshwari Mata’s shrine around the city in the Golden Howdah. The procession begins after the members of the Royal family worship the idol, and moves from the Mysore Palace to Banimantap road, via New Sayyaji road.

All of These Events Sound Interesting! How Do I Attend These?

It’s easy. At Fox Travels, we value you and your experience the most. Therefore, we’re organizing 1-day tours of the events of the Mysore Dasara. All you have to do is get in touch with us and let us know when you’d like to go for the ride.

Our professional cabs will pick you up from your place of stay, drive you around through the day – visiting all the different exhibitions, and finally drop you back at day end. All you do is sit back and enjoy the experience.

How must does it cost?

The Mysore Dasara package is priced at INR 1500 per person for a day’s ride. As a part of this, we have you visit the different flavors of Mysore Dasara and soak in the experience.

Exciting, right? Contact us soon and book your slots for the Mysore Dasara special package today!

Kempegowda International Airport is the nearest international airport to Mysore city. Many flights operate from here to rest of India. Even though there is an airport in Mysore, Only Mysore to Chennai and Mysore to Hyderabad flights operate on daily basis from Mysore airport. Travelers can avail taxis or cabs to reach Mysore from Bangalore airport.

Mysore railway station is one of the best options to reach Mysore. Frequent train services from Bangalore makes the travelers to reach Mysore in a span of 3 hours. The price is also affordable and reasonable.

Approximately around 140 Km’s from Bangalore road service is the most convenient option to reach Mysore. The four lane state highway is one of the busiest roads of Karnataka. There are a lot of options to reach here, like KSRTC buses or private cabs. 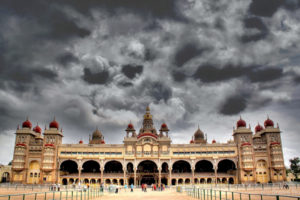 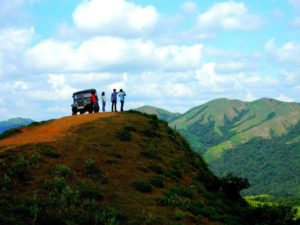