Mysore To Melkote One Day Tour By Car

Mysore to melkote temple distance  Km of Mysore, Melkote in the district of Mandya has two important temples of Vishnu one Cheluvanarayana Temple and the other Yoganarasimha Temple located at the top of the hill. The view of the surroundinges from the top of the hill is stunning. The Academy of Sanskrit Research has several unpublished works in Sanskrit, Tamil, Philosophy, Maths and astronomy

Melukote is a hobli in Pandavapura taluk situated at a distance of 36 Km. from Mandya and 50 Km. from Mysore. It is a sacred pilgrim centre for Sri Vaishnavas and it is said that the Sri Vaishnava saint Ramanujacharya from Tamil Nadu stayed here for 12 years during the 12th century.

According to mythology, Melukote was known as Narayanadri, Vedadri, Yadavadri, Yathishaila and Thirunarayanapura as the temple of Narayanaswamy is built on granite rocky hill 3589 ft. above the sea level named Yadugiri, surrounded by a fort. The main deity is Narayanaswamy and according to local legend, the Utsavamurthy had been lost and was recovered by Sri Ramanuja.

The Annual report of the Mysore Archaeological Department 1944 mentions that the presiding deity was worshipped before the visit of Sri Ramanujacharya. It appears he got it renovated through the Hoysala King and the hill fort was also built during the Hoysala period. There are a number of inscriptions which refers to the land grants and donations to the temple. The temple has a beautiful gopura. There are shrines of Ramanuja, idols of Alwars and Yadugiriamma in the temple. The rich temple which has most valuable jewels in its collection and it is special patronage of the Maharaja of Mysore.

The Mysore King Raja Wodeyar (1578-1617 A.D.) presented Rajamudi which consists of golden crowns set with stones. Tipu Sultan donated a Nagari and elephant to the temple. The Mysore King Krishnaraja Wodeyar (1799-1831) presented a Krishnarajamudi a Crown set with precious stones. There is another Crown in the temple called Vairamudi. utsavamurthy is decorated by all these crowns in annual jatra usually held during March-April which was visited by lakhs of devotees. Krishnaraja Wodeyar III presented a golden crown to the yoganarasimha temple which is on the hill. Here it has a Bigger pond.

Melukote produced many literary figures like Pu Ti. Narasimhachar, Srivaishanava mathas of Yathirajamatha, Ahobalamath, Chikkupadhyaya, Tirumalaraya, Alasingachar are located here. The sri veda vedantha Bodhini sanskrit college, an old institution and sanskrit reaserch academy have more collections of rare books and old manuscripts. There is a dairy unit and artisan traning centre. Melukote is famous for quality handlooms especially weaving dhotis, sarees etc. There is a big forest land near melukote and there is also a wild life sanctuary.

Be the first to review “Mysore To Melkote” Cancel reply 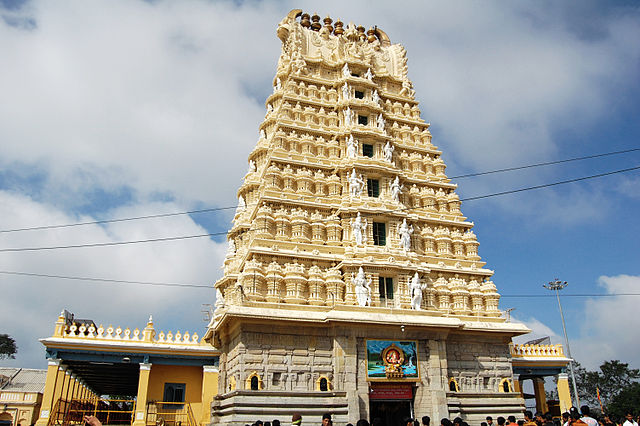