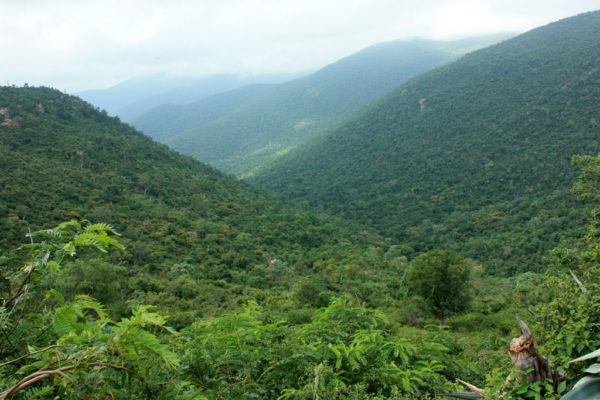 Male Mahadeshwara Hills is a sacred place of lord Shiva temple which is 150 km from Mysore, Mahadeswara, as lord Shiva is called in this place, Which is the most powerful form of lord Shiva. Here the place is most popular and famous for power and truth. The legend says lord mahadeshwara saved many other gods when they are in problem. Amidst dense forest, the temple attracts not only the pilgrims but also nature lovers.

The ancient and sacred temple of Sri Male Mahadeshwara is located in South of Karnataka state, in the Chamaraja Nagar District. The temple surrounded by 77 hills in the Eastern Ghats. The Lord Sri Mahadeshwara is believed to be the incarnation of Lord Shiva. It is a very famous Shiva pilgrim centre lakhs of people visit the place. The Lord Sri Mahadeshwara’s miracles are beautifully sung by the village folk in Janapada (folk) Style. The height of the hill is about 930 m(3000 ft)above the sea level its a huge hill in Karnataka.

Mahadeshwara is the family god of the hill tribals Soligas, Jenu Kurubas, Kadu Kurubas and also Kuruba Gowdas of Mysore and Chamarajnagar districts.. But, historical evidences suggest that saint Mahadeshwara must have lived during the 15th century. Further, he was the third head of the Haradanahalli Math. About 600 years ago,

Sri Mahadeshwara Swamy came here to perform penance and it is believed that he is still performing penance in the temple’s Garbha Gudi in the form of Linga. The Linga, worshipped now in the Garbha Gudi, is a self developed (Swayambhu) one. Sri Male Mahadeshwara Swamy was moving on a tiger known as Huli Vahana (Tiger as a vehicle) and performed a number of miracles around the hills to save the people and saints living there.

The area of the temple surroundings is 155.57 acres (0.6296 km2). In addition, the temple has lands at Talabetta, Haleyuru & Indiganatha Villages. The temple was built by a rich Kuruba landlord called Junje Gowda.

Lord Male Mahadeshwara was born in the Kaliyuga. He chose his mother as Uttrajamma. He learnt in Saluru Mutt at Male Mahadeshwara Hills. He has many legends which could are narrated on his name. To name one of them is Sankamma Kate.

This narrates about the devotion she had on the Lord. Male Madheshwara narrates the adventures and achievements of a spiritual hero of the Shaiva people of southern Karnataka. Probably he lived in the 14th century. According to the story Mahadeshwara was born to a virgin woman with a fair color. Shiva incarnates himself on earth as Mahadeshwara to destroy an evil king called Shravanasura.

A pilgrimage to Malai Mahadeswara temple also includes a holy dip in the “antaragange”, a stream flowing from a perennial source.